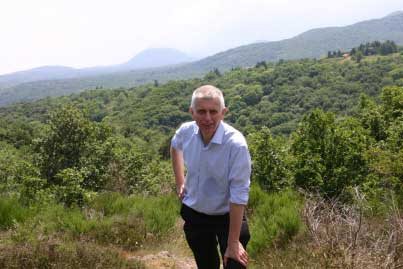 Innovation Runs in His Veins

In 2000, Mr Chopin was named the director of Volvic factories. Though he was born in northern France, he quickly fell in love with the brand and the charms of this southern region. He chose to make it his home base after years of living abroad as part of his work for Danone. As the ex-chief executive of the Société des Eaux de Volvic, he has been in Auvergne since 2013. In many ways, he resembles the company he runs: a sincere and genuine person himself, he believes the company’s strength lies in its authenticity. He also points to its ability to continually innovate. His desire to provide a unique and never-before-seen experience drives his passion for the VVX project. Now, he devotes himself to the presidency of the Volvic Volcanic association, organizer of the event. This adventure is an opportunity to unite everything he holds dear, combining the excitement of sports and discovery with the ability to share his love for and appreciation of the region and its inhabitants. 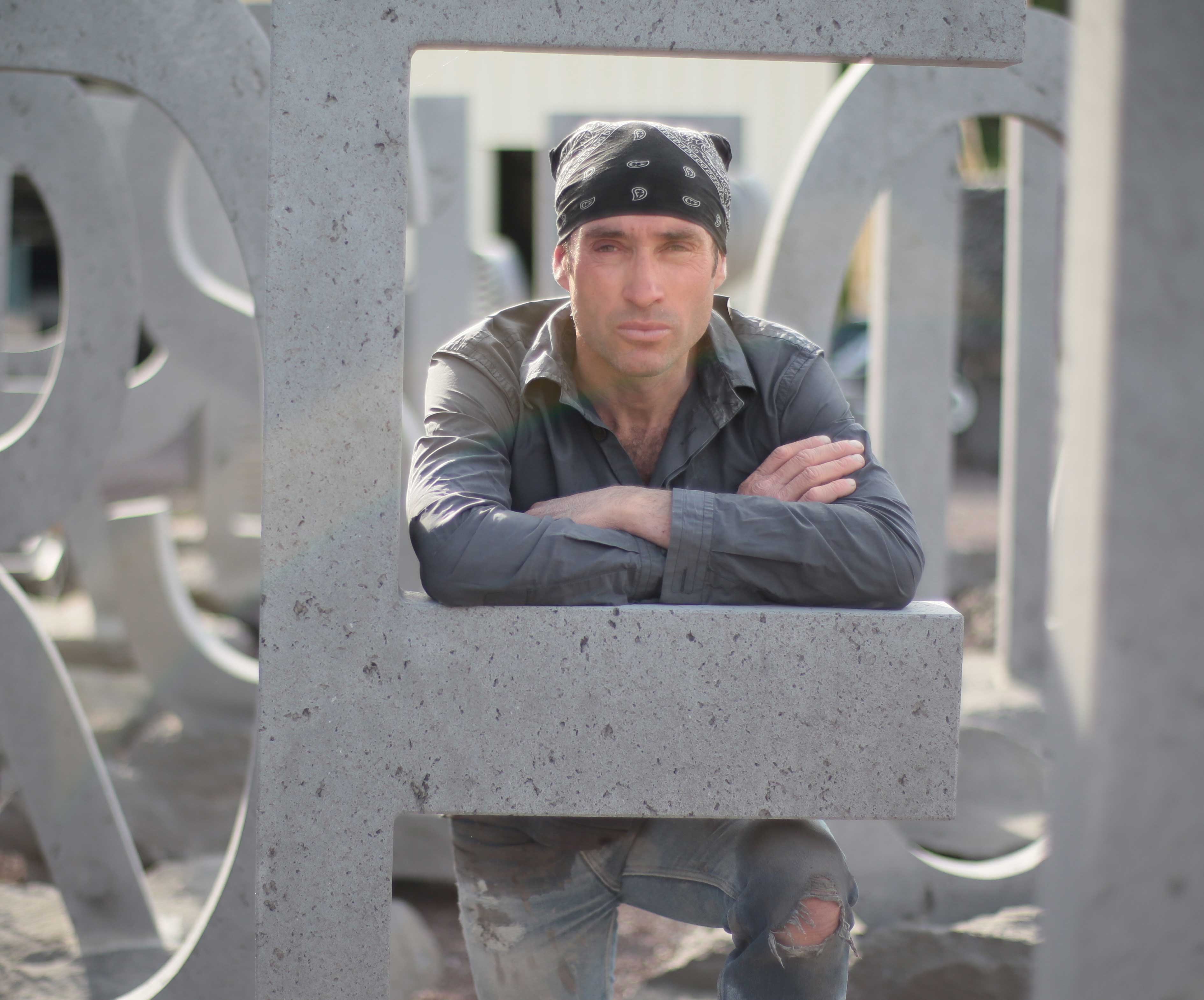 Like his father and grandfather before him, Thierry Courtadon is a stonemason who has taken the time to master his art. He has mastered everything from classical monuments to abstract sculptures that make viewers consider many aspects of what sculpture is and how sculptures interact with their environment. His studio is located in the heart of Volvic, near the stone quarries. It is permanently and deeply connected to nature. The variety of his works speaks to the continual evolution of his art. The purity of his sculptures is reminiscent of Brancusi’s work, while their distortion and momentum bring Richard Serra to mind. After his successful exhibition in the Jardin du Palais-Royal in Paris, Thierry has gained an international reputation. His works have been exhibited in many countries, including Australia, Japan, the UAE, Switzerland, and Germany, but he has never for a moment forgotten his roots. In his mind, the Puy-de-Dôme and the Chaîne des Puys are the heart of the world, and he is one of the region’s greatest ambassadors to the public. 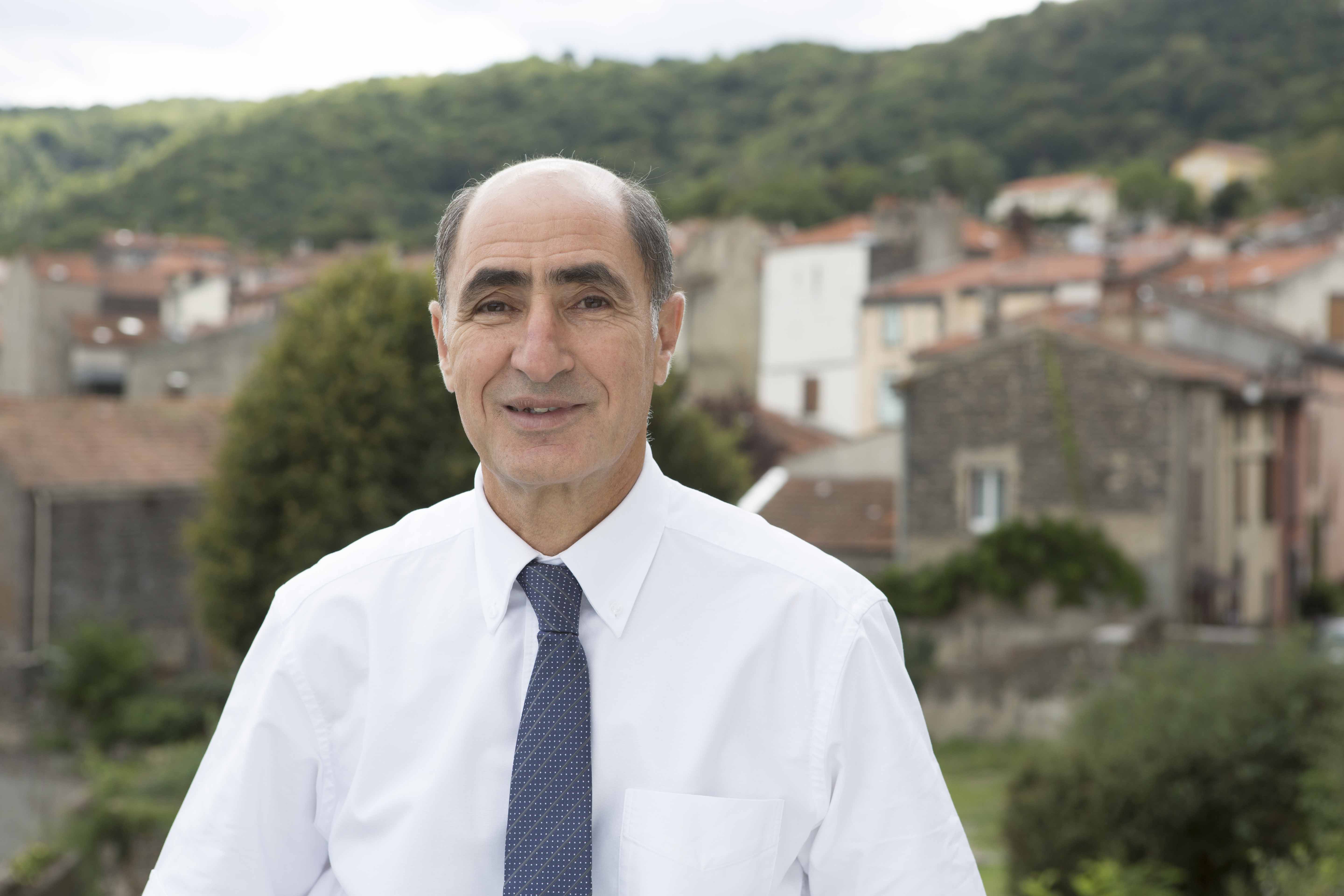 Elected mayor of Volvic from March 2008 to June 2020, Mohand Hamoumou has an impressive résumé. He has a PhD in sociology and a degree from the ESSEC business school in Paris and he was formerly an HR manager and professor. He put his many skills to use for Volvic and other nearby towns.
Mr Hamoumou is very aware of environmental issues and the importance of culture and heritage. For example, he and his municipal team are working to establish a cultural season, restore all the fountains in the city, set up a regional nature preserve in Volvic and, in partnership with Danone, protect the area’s water resources. These goals naturally lead him to support the VVX, which combines culture, heritage, and the environment. 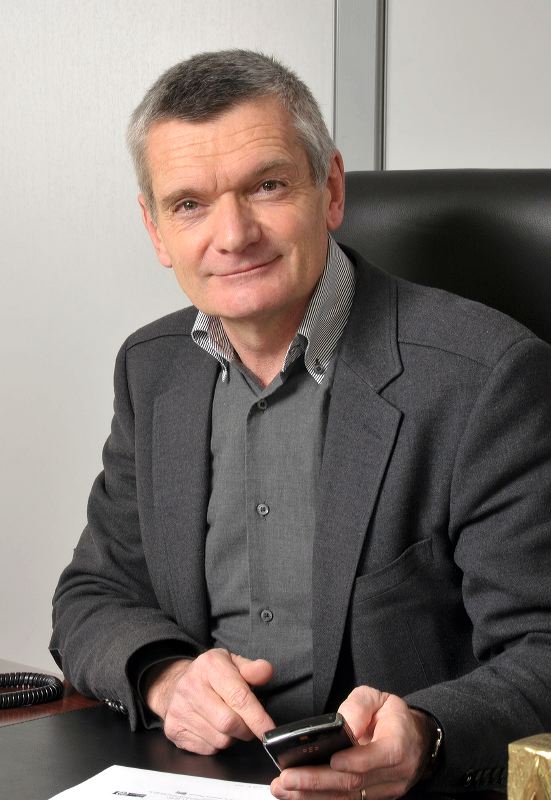 Bernard Echalier was the CEO of the company Echalier for the past 35 years. He has demonstrated his willingness to contribute to the search for solutions for transforming waste using an approach based on ecological cycles. The company culture of Echalier is founded on human values. Echalier relies on the numerous individual and collective skills of its employees to guarantee a high level of service. A true partner of regional governments and manufacturers, the company relies on expertise to guarantee innovative research solutions and a strong moral code for respecting the environment and local communities. Bernard Echalier cherishes these values, particularly as a native to the Auvergne region who says, “I feel better whenever I look up and see my Puy-de-Dôme!”–and is glad the VVX shares these same values.